The women of Kammavaanpettai village have scripted an incredible tale of success. This place in Tamil Nadu was a picture of misery with acute shortage of water, no agriculture and frustrated villagers. The Naganadhi River in the village was facing major water problems for the last 15 years, and no efforts were being done to revive it. A large majority of the men there had given up all hope and had taken to drinking, making things worse.

The dire state of affairs in the village encouraged the Art of Living Water Projects team to do something for the villagers. They decided to focus on the womenfolk in the area and urge them to work, and become living symbols of the feminine strength. The women too decided that it was time they took matters in their hands and came forward to work wholeheartedly for the cause. 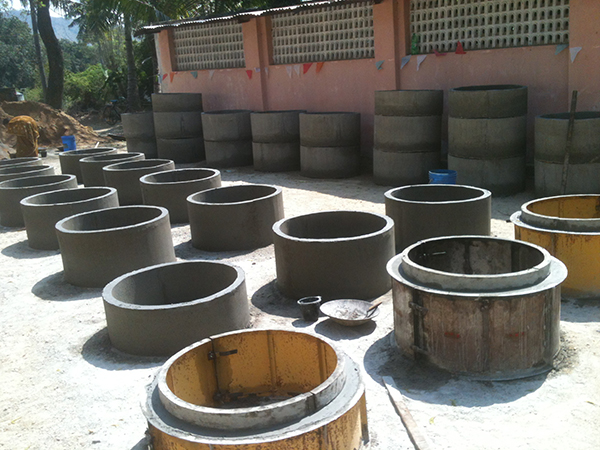 The Art of Living team started with conducting Rural Happiness courses – a self-empowerment and personal development program. It equipped the women with the necessary capacity tools to create success for themselves and inspire others to join them. The program instilled in the women a newfound sense of confidence and dignity, and they then started to work to solve the water crisis in the village. 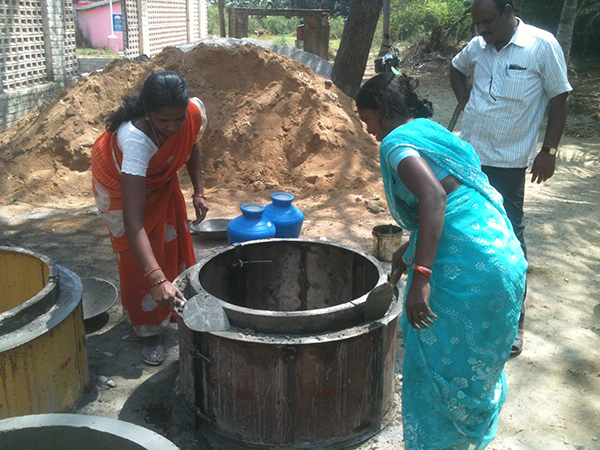 Naganadhi rejuvenation needed cement rings that are placed at a depth of 20 feet in which the rainwater runoff collects. The requirement created an opportunity for employment. The women decided to do the work themselves instead of procuring cement rings from outside. An idea was mooted to form a women self-help group under the MGNREGA scheme to produce cement rings on their own.

Under the employment generation scheme of the government, the women strived physically to achieve what had once seemed an impossible feat. They started working to revive the Naganadhi River. They worked at all stages of the project – right from digging the wells, placing the cement rings, putting the stones to finally closing the well with a cement lid. 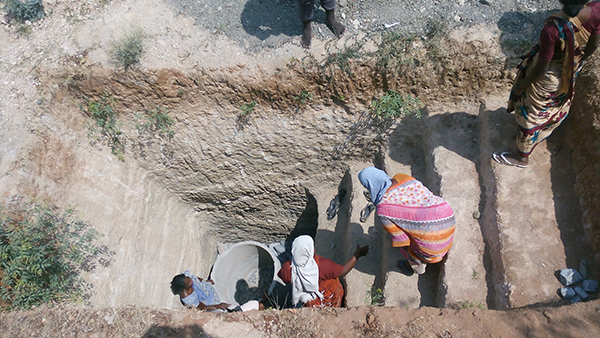 The women make around 2000 rings per month and it brings them a profit of 40 percent, which is equally shared among the members of the self-help groups. Each group usually contains 5-6 women. There are four teams working on this project and a total of 85 people are now gainfully employed. The project is set to expand this fiscal year and the women are fully motivated to achieve more and achieve their targets. 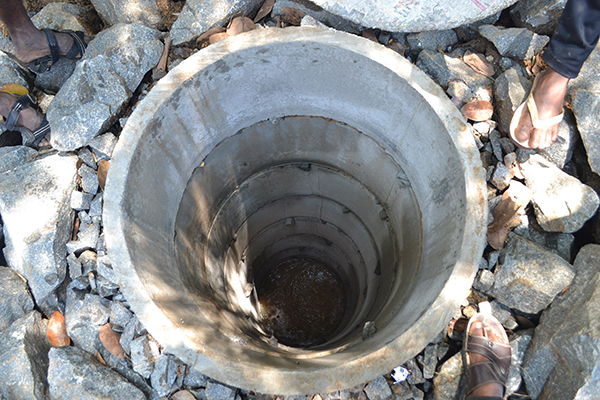 Surprised at their own capabilities!

Most women were apprehensive of the fact that they would have to dig such deep wells, but once they finished digging a well, they felt enthused to proceed further.

The women also feel a renewed sense of empowerment and inspiration to explore their capabilities. “We were asked to dig wells up to a depth of 20 feet. We didn’t believe we could do it. But, once we began, there was no stopping us till the job was done!” beams Anandi, a local villagewoman working for the project. 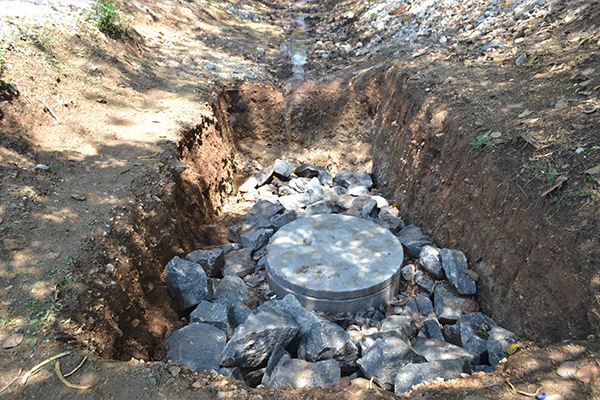 Chitra says, “When I stand back and observe what we have done – all we women – I feel proud of all the hard work done.”

Geeta says, “I feel so responsible that we ourselves have come together, made groups of 10-15 ladies, got down to work and completed the task. Now we have abundant water, and all due to our own efforts.”

Profits from the Small Scale Business

This activity has not only helped in the rejuvenation project, but also made the women generate a substantial amount of profit and turn it into a small scale business. This gave them a lot of confidence and made them self-reliant and able to stand on their feet.

The enthusiasm and the happiness of having accomplished a task shine on the faces of these simple rural folks. They are now all enthused to do more and now want all the neighbouring villages to benefit. Also, now they not only have enough water to drink, but also have enough to irrigate the village.

Amsaveni says, “Now I do not have to ask my husband and wait for him to give me money to buy basic goods for the household, myself or my children. I can buy them on my own.”

Working for the river rejuvenation project has transformed the underprivileged wives, mothers and sisters of the region into self-dependent women. The involvement in the projects has given the women in the region a sense of accomplishment, worth and motivation to be further involved in community initiatives. Having found their own footing, they can now move forward confidently to ignite the flame of inspiration in the hearts of other rural women, both in the region and throughout India.